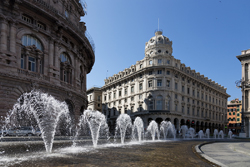 The Genoa Institute for International, European, and Maritime Law gathers scholars (Professors, Researchers, Post-Docs, and Phd Students) from the Department of Law and the Department of Political Science of the University of Genoa who, grown under the guidance of Prof. Sergio Maria Carbone, carry out teaching and research activities in the above-mentioned fields.

The Institute has a library that is well-equipped with legal monographs and journals that support researchers’ and students’ activities focusing on one or more of the fields of study of the Institute. 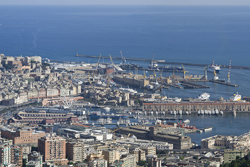 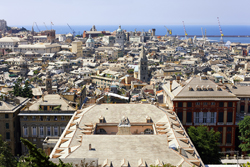 As for their research activities, members of the Institute are regularly involved in national and international research projects. Also to this end, they maintain intensive contacts with top-ranking national and international Universities and Research Centers with similar scientific interests. Such contacts and relationships have conducted to the fruitful organization not only of international conferences and activities followed by the publication of the relevant proceedings and reports, but also to the organization of international courses, seminars, workshops, and summer schools, and to an intensive in-coming and out-going mobility programs of both scholars and students.

Members of the Institute are also part of the editorial and/or scientific boards of a number of authoritative national and international scientific legal journals. They also carry out on a regular basis professional training in the legal field (for lawyers, judges, notaries and mediators), as well as consultancy activities for both private and public entities.
The Institute has its seat at the Department of Law of the University of Genoa (Via Balbi 22/7 B), but also has operative seats at the Department of Political Science (Piazzale Emanuele Brignole 3a, Albergo dei Poveri).